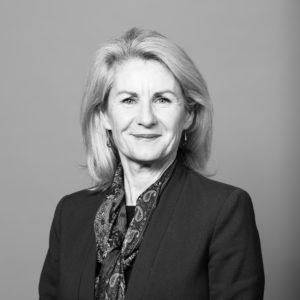 The federal government released its latest figures on completion rates at Australian universities earlier this year. It shows that students who study off campus, are on a part-time course, are older, Indigenous, from disadvantaged backgrounds or regional areas of Australia are less likely to complete their university course.

Many journalists rushed to decry the “fact” that these “drop-out” rates in some universities are shocking. But, in addition to misunderstanding and therefore misrepresenting the data, the assumptions underpinning how completion rates are calculated are woefully out of date.

Who is the average student?

As indicated by government statistics on mode of attendance, a growing number of university students have never actually set foot on a campus, having undertaken online and other external modes of study.

These same figures show an increasing number study part-time. Many start, stop and start university study over a very long time. Some take almost a decade to complete a three-year degree.

How should this change how we measure drop-out rates?

Despite the world having shifted and student bodies having changed significantly, we persist in measuring drop-out rates as if the whole Australian university sector is the same as it was last century. Back then, students were more commonly 18 years old, middle-class, child-free, unencumbered school-leavers who often had financial support from their family to attend university.

So how do we currently measure drop-out rates? Based on reports from individual higher education providers, the government annually counts the number of commencing students in year one at census date, then counts them again a year later, subtracting those who have graduated – and that calculation determines our attrition rates.

We do a second calculation that adjusts for students who move programs or universities but who are still in study.

Many assume that the people who aren’t there a year later have dropped out. Indeed, they may have. They may have done so permanently. But they may also have left temporarily, to come back to that program and institution, or others, at a later date.

That is certainly what students from working-class backgrounds who study at regional universities do.

A soon-to-be-released national study of these students found significant evidence that regional students dip in and out of study. On average, they take longer than metropolitan and higher socio-economic status students to complete their programs of study.

Calculating attrition rates in the way we currently do ignores those students who may have formally or informally withdrawn from university, but who may later return to study, as many working-class regional students do.

Why do students drop out of study?

This latest research shows that these students often have complex lives and competing priorities.

Many are parents and many have other caring responsibilities. They must balance academic study with these caring and related responsibilities, which often include the need for paid employment while studying.

Many are also the first in their family to attend university. This means they lack familiarity with the peculiarities of university life and expectations of them as students. It also means they are unlikely to receive financial support from their family.

While better academic support may help some students in some cases, the answer is not that simple.

Many of these students experience significant financial pressure. The costs of study materials, long-distance regional travel to university campuses on top of the usual expenses of living – including sometimes supporting a family, often while on a reduced income – mean they may have to make difficult choices about their priorities, choices that other more traditional students do not ever have to make.

The research shows that some students step out of study because they get a job that meets immediate short-term needs, such as paying for accommodation and food.

They often return to study later when the immediate needs are met. Rather than the full-time study load a traditional student would take, these students often take on a part-time load, sometimes the minimum load of one subject a semester. This is because that is all they can manage on top of their family, caring and/or employment responsibilities.

It is often not possible, nor desirable from a personal point of view, for these students to study full time, nor to complete their undergraduate program in a single time period, or within the minimum completion time.

Our thinking needs to change

The assumptions and mechanisms for measuring and monitoring attrition of students need to take into account the realities of all students’ experiences and responsibilities, and the choices they have to make about study in the context of their complex lives and competing priorities.

This article was originally published on The Conversation. Read the original article.