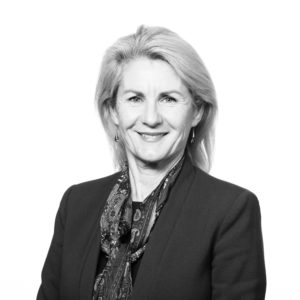 Before I start, I have a dilemma. Having been a female leader for a while now, and having reflected on my own leadership performance and closely observed that of others, I want to write about how good women are at leadership. My dilemma is that I’m a woman, so my argument and evidence won’t be taken as seriously, nor have as much gravitas, as they would have if I was a man…

OK, I’ve figured out what to do – inspired by Sarah Cooper, while I type this, I’m wearing a fake moustache. Hopefully, this will work and I’ll now be taken much more seriously.

Now where was I?  Oh, yes, women being good at leadership. Let me start with what a man says. He seems like an intelligent fellow, and he’s a man, so two points for him. The man is Greg Young and the things he says are in a report called ‘Women, Naturally Better Leaders for the 21st Century’.

Yep, the title does seem like a little bit of a worry at first. It appears Greg might be biased towards women. Can he be trusted? Well, the report is not just a bunch of things Greg thinks, but refers to studies done across the world before narrowing in on a study undertaken by something called LeaderShape (which is not a weight loss company for CEOs, I checked). The latter uses a 360-degree assessment format on 161 leaders. Not a huge sample, but interesting findings just the same.

But before I get to that, Greg points out that 20th century business practices were based on competition. In the 21st century, he argues, businesses need to be able to respond to rapid change and to “complex, wicked problems with systemic solutions” (p. 3). Greg argues that successful leaders will be those who harness “the benefits of globalisation, technology and new societal attitudes to ethics and fairness” (p. 3), embracing collaborative relationships. Greg further suggests that “more companies now recognise that collaborative, rather than competitive behaviour creates more success and as such[,] women are well placed to lead in this century” (p. 4).

Another man, let’s call him Mike Buchanan (because that’s his name) refers to Greg’s report as an “embarrassing 13-page document” but offers no explanation as to why he holds this view. He quotes from the report a bit, offers no analysis and commentary on the selected quotes, then says his “brain hurts” and then ends his article. So I guess the report must be really bad if it made Mike’s brain hurt.

Oh, and Mike founded the Anti-Feminism League and another movement to raise public awareness of the sexism faced by men and boys because that’s obviously a big world problem up there above girls being married off at nine years old and not being allowed access to education etc. Love, peace and equity to you, brother Mike. You can find Mike’s blog via a search engine if you are so inclined, but I’m not so inclined to help you do so. Sorry. (No I’m not).

Where was I? OK, back to Greg and Greg’s company, LeaderShape, who did this study where they compared the observed frequency of certain behaviours against the desired frequency of the behaviours for a bunch of Emotional Intelligence (EI) competencies relevant to leadership.

Women fared better in 15 of the 19 capabilities they measured. Whoops, sorry Mike. (No I’m not). Maybe take your hurting brain and have a lie down? In any case, maybe avert your eyes Mike, as it gets worse from here.

What Greg’s research study identifies is “… that women are actually better than men as leaders in many of the EI capabilities that make up the leadership styles that leaders need in the 21st century” (p. 10).

Despite allegedly being better at leading, at least according to Greg’s study, the World Economic Forum reported in 2015 that women earned what men were earning ten years previously. Hey, that’s not fair! Why is that the case?

Well, part of the reason that women get paid less is that they are, generally speaking, at lower levels on lower pay. As Greg explains was the case in his study, some women have a desire for promotion but do not put themselves forward. Sheryl Sandberg’s Lean In movement is all about trying to get women to do their bit to address that little teeny weeny issue.

Greg adds that “There was a bias, conscious or unconscious[,] for promoting in the image of the promoter” (p. 12). And the promoter is most often a guy in a suit. Maybe women could just wear suits more often? And maybe fake moustaches as well? Double-whammy of man-ness. Just a thought.

Mmmmm, maybe not going to work…Greg also said “It’s no secret then that there is resistance from some men to welcome women into the powerful positions in senior leadership” (p. 4). What? Oh no! What are we going to do now?

Back to Greg, who says “men play a big part in women getting the real power in companies. The enlightened ones recognise and embrace the strength and diversity of qualities and opinion women bring. Yet others steadfastly cling on to the old ways harking back to when they were successful – but in a different context, on another day” (p. 4). Looks like women will have to continue to play nice with men for a while yet, well, with the enlightened ones anyway, and that’s OK. That’s until there are more women than men at the top and then the promoter will most often not be a man looking for another man. OK, I know I’m being ridiculous.

Greg reports that “The data show women have all the right attributes including empathy, change catalyst and inspirational leadership” (p. 4). More than that, adds Greg, there are a number of reports including this boffin-y one that demonstrate that companies with women on the Board perform better.

Better?? Yup, better. Poor Mike, if he sees this, he’ll move from a hurting brain to a full blown headache.

Greg goes on, referring to yet another report (Mike, will this evidence EVER END?) this time by global firm Mercer, which says, “Policymakers, academics, CEOs, nonprofits, media, employers, and women themselves recognize that advancing women in the workforce offers one of the biggest opportunities to impact growth, innovation, community, and vitality” (p. 2).  The Mercer study covers numerous industries, 583 organizations in 42 countries, representing 3.2 million employees, including 1.3 million women. That’s a lot of women.

Better not tell Mike about that one, he’ll get a migraine.

The evidence seems to suggest (I love that phrase) that despite evidence of their usefulness, women’s talents as leaders are being under-utilised and under-appreciated globally, which is undermining potential successes across economies and societies worldwide.

Does this really matter?