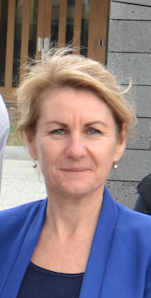 The focus of an international forum hosted by The Economist in New York last month was higher education.

The need for seismic shifts in higher education was noted and rapid change, profound technological advancements, the promise and perils of big data and returns on investments, all got the nod in the program and discussions.

That students spend less time studying than in the past was lamented, as was the notoriously slow adaptation of university curriculum, the barriers to accessibility and relevance imposed by university internal bureaucratic processes and the static nature of the business of higher education.

The speaker lineup was impressive, with representatives of the World Bank, IBM international foundation, McKinsey Global Institute, LinkedIn and the China India Institute, alongside senior university representatives, largely from the US. There were also a number of young entrepreneurs from start-ups with names like ‘Uncollege’ and ‘2U‘, as well contributors with as titles like ‘Chief Impact Officer’. All were astute and informed, the conversation was rapid fire and the ideas were big. I was the only Australian present as far as I could tell and our system was not mentioned in any of the discussions.

The underlying assumption throughout the forum was that the higher education sector exists primarily to develop a highly skilled labour workforce. While this is contestable, it is a widely accepted assumption. Panelists were only occasionally challenged by those in the audience in favour of higher education for more general human development. That said, an Oxford style debate at the end of the forum on the proposition: ‘A liberal arts education is not the solution to the jobs crisis’ saw passionate arguments for the liberal arts degree from both sides of the debate and from the audience.

The role of employers in funding, and in having input into the curriculum, in higher education was discussed at some length. There seemed to be general agreement among panelists and audience members that higher education does not adequately prepare students for employment. The evidence was that many employers are irritated that they have to make up for the gaps they see in graduates and to have to pay for the privilege of doing so.

CEO and co-founder of company General Assemb.ly, Jake Swartz said that university graduates looking to ‘level up’ or to change careers want cost- and time-effective ways to do this. He sees his company as a bridge between education and work and he suggested companies such as his help people signal what they can do and of which ‘club’ they are a member, which can then be used as proxy measures of skills and competencies by employers.

Alternative credentialing was discussed in the context of a growing market of non-traditional students and of increased attrition. Panelist agreed on the wasted potential here, pointing out that if a student completes three years of a four year degree in the US, they have learnt a lot but we do not currently have a systematic way to credential and articulate that learning for the student or her future employer. This discussion is particularly relevant to the Australian context given our levels of attrition across the sector.

A number of innovative – and lucrative – partnerships between universities and employers were discussed. As one example, Arizona State University has a partnership with Starbucks that offers the 130 000 Starbucks employees free degree qualifications online – detailed here in an article in The Atlantic. Large employers in the States have also signed up to deals that offer their employees subsidised access to education in key areas in which the company needs additional expertise. This is an innovation not yet evident on a large scale in Australia.

There was much discussion about the importance of ‘soft’ skills, with one panelist suggesting nomenclature is contributing to the gaps in students’ abilities to work in teams, problem solve, think critically and so on. He suggested we use the terms ‘hard skills’ for the technical/discipline and ‘harder skills’ for these generic ones that may be more difficult to develop in students.

I came away with the sense that there seems to be thinking and activity that might be considered innovative in, or disruptive to, higher education, but that Australia may not yet be fully connected to these movements.